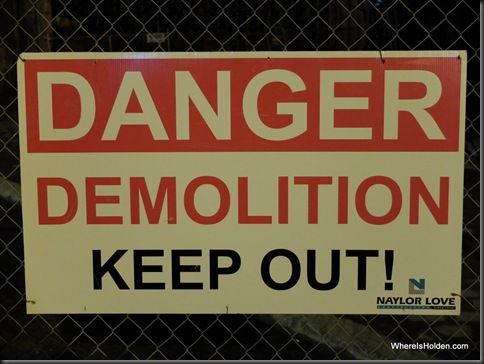 Christchurch, New Zealand was rocked by an earthquake back in 2011, magnitude 6.3 on the Richter scale, roughly 10 km (6 miles) from city center. (More info: http://en.wikipedia.org/wiki/2011_Christchurch_earthquake )

I figured that since it's now 2 years later, that the city would be fairly rebuilt and the thought hadn't even entered my mind that there would be no night life, since the city was so vibrant when I last visited: http://www.whereisholden.com/2008/01/christchurch-itself.html

Turns out that the city is starting to rebuild, but that it's still a ways off.  We entered town on a Friday night, hoping to get dinner downtown and possibly go dancing at a club.  Almost no restaurants were open (6pm), and we found no late-night dance opportunities. 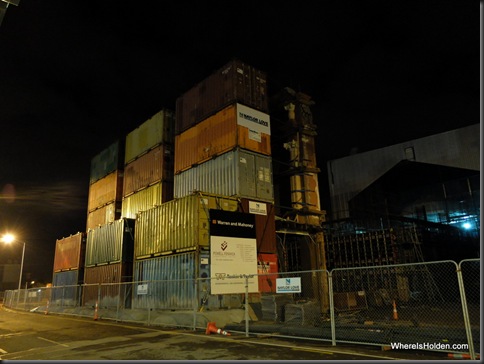 In the morning we went to the city center where a shopping mall made from shipping containers has been erected, and we were impressed with the quality of building, the number of people out and about (despite what my in-opportune-timed-photos suggest). 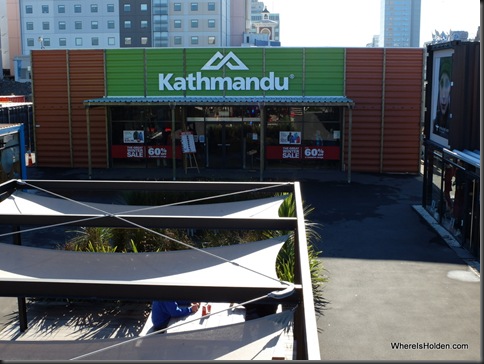 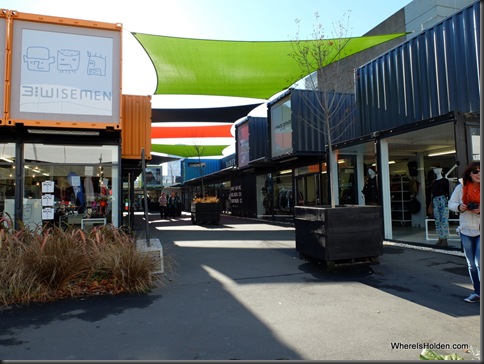 A model drinking a coffee in front of a fashion store (which happens to be made of shipping containers): 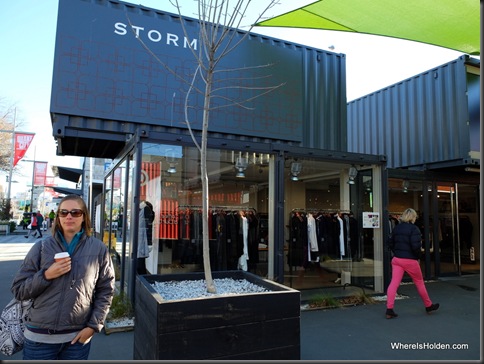 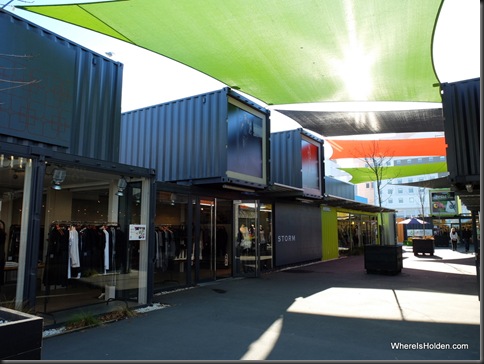 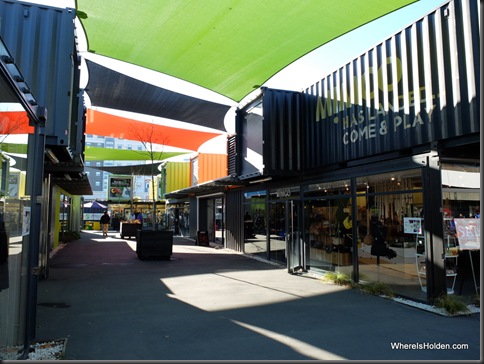 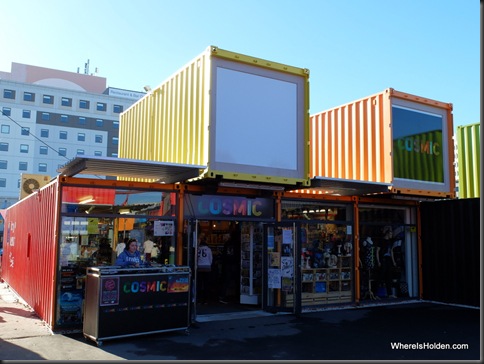 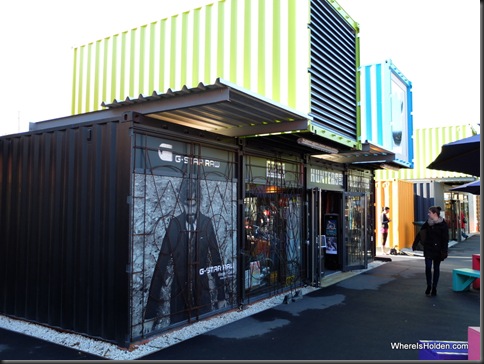 Food vendors made the shipping containers work as well; here’s the inside of a second story cafe (the ground floor was packed, but the upstairs empty! 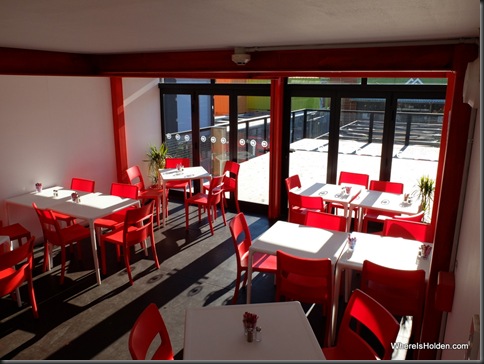 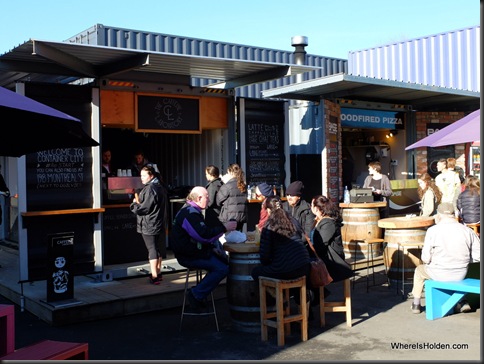 And apparently busking is still a reasonably big deal there.  This guy was definitely wearing a straightjacket, riding a tall unicycle, and there was fire involved in his act.  :) 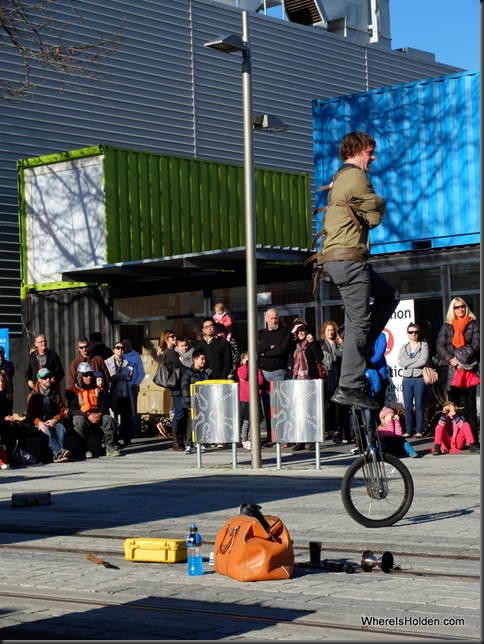