First full day in Samoa, I went with MS to an ice cream parlor which hosts a weekly "Siva afi" show.  Siva afi is the traditional Samoan dance, and this group trains youngsters once a week; some of the older dancers travel to different countries to dance in competitions! 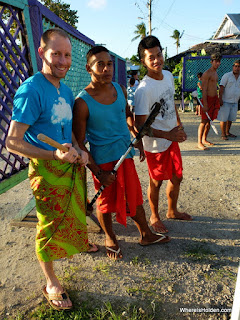 First, a class is held, where people of different skill levels can get individual coaching.  I took part!  The sticks we're holding have a hooked knife blade on one end, and large wicks for fire on both ends. 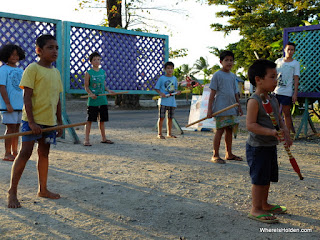 After the fire knife class, MS taught a fire hoop class; about 15 young boys and girls were all spinning with hula hoops fashioned from hardware store supplies!  Then the teenage boys got their drums (wood dugout and tin cans) set up for the evenings performance.  After dinner, the show began: 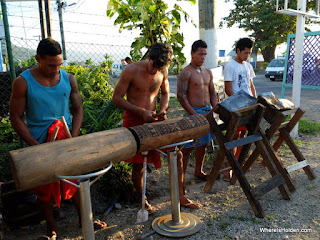 Women danced various Polynesian dances, including Samoan, and the kids had turns to show off their skills, some with fire, some without. 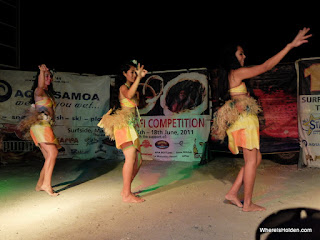 MS was a huge hit with her fire hoop!
It's awesome to see her spinning to the tribal drum beat! 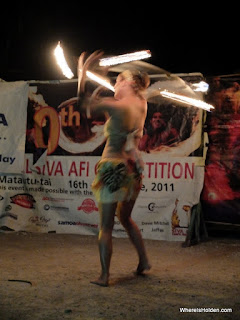 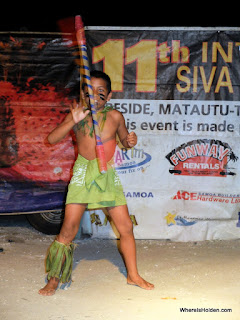 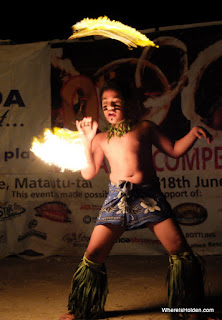 Then it was time for the guys to do their high-level fire dances!  They didn't spin-off the excess fuel, but that just made the show a bit more enjoyable as the stage got temporary built-in lighting!  See the ground?! 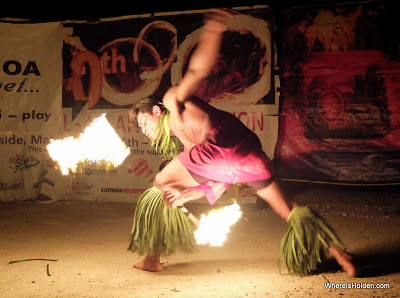 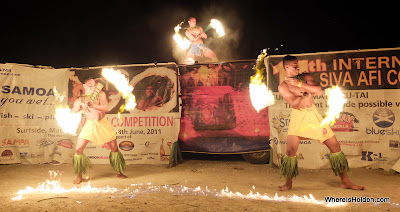 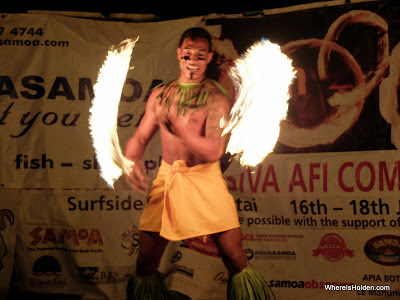