Last weekend we took a trip to a tiny island called Namua.  It's got no electricity, and is inhabited by a very hospitable couple who runs a type of bed & breakfast quite common here: beach fales with a restaurant.  The island was the perfect size to explore - we circled it at low tide in about 2 hours, playing with hermit crabs and watching crashing waves on the back side.  There is a reef that meets up with two parts of the island, creating a very calm lagoon, roughly 4 feet deep between Namua and the main island. 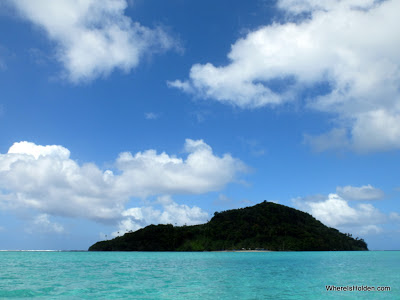 We took a small boat out to the island and it looked like a postcard.


The water was crystal clear and we saw a turtle on the 10 minute trip (left side of picture; roughly 2 feet from head to toe). 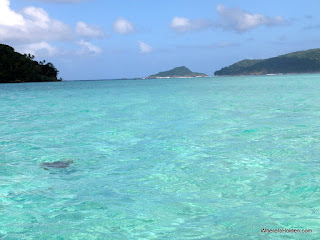 We had a traditional Samoan meal called an Umu, on Saturday night, some of which I'll describe here.   First a hot fire was made, and rocks place on the fire, to heat up for later.  Also, some leaves were dried quickly over the fire. 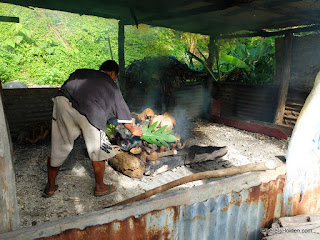 Here are the remanants of some coconuts, which the meat was wrung out to create the delicious coconut cream. 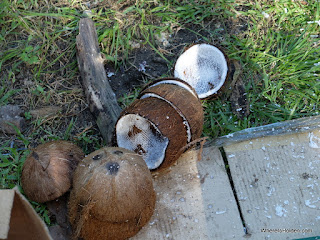 The coconut cream is ladeled into a pouch of taro leaves, breadfruit leaves, and finally wrapped in banana leaves - wrapped tightly to ensure the coconut cream didn't leak out. 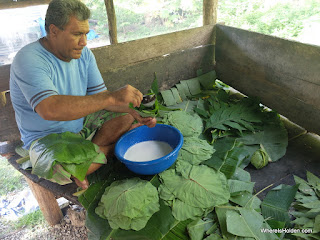 Taro root is stripped of its bark. 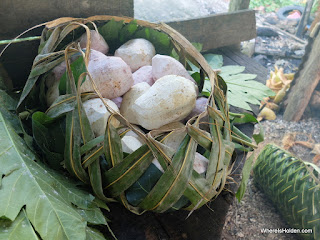 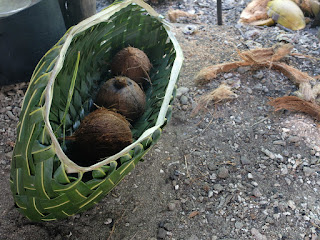 When the foods are all prepped and the fire hote enough, any combustibles are removed, and the rocks spread out. 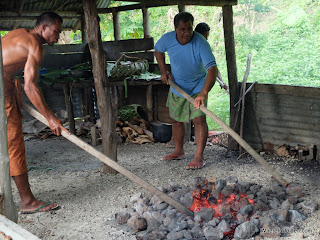 Taro root is placed on the hottest rocks, and then fillets of fish, pieces of chicken, and beef with pumpkin are put on the rocks. 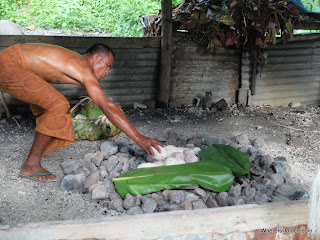 Rocks are also placed on top of the food (sometimes separated by banana leaves). 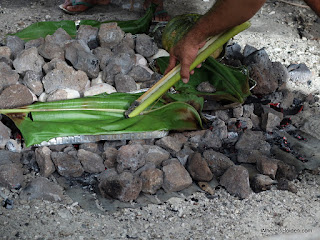 Most of the food (see the pumpkin on the back right) for about 25 people, and covered by leaves to keep some of the moisture locked in. 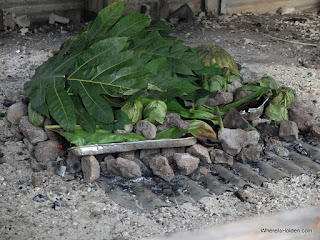 Additional banana leaves to keep the moisture locked in. 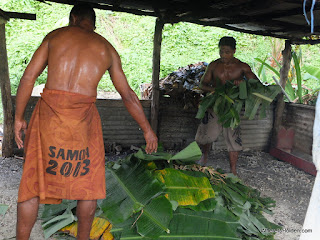 My meat-light plate; from 12 oclock: Fish, cole slaw, pumpkin and beef, palu sami, and taro root.  I was just trying things, and definitely got seconds.  My favorite dish was the palu sami, which is the taro leaves wrapped around coconut cream.  Delicious, despite looking like steamed spinach! 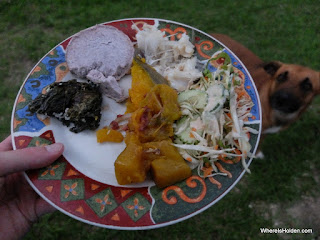 In the morning, we hiked up to the top of the island to see the sunrise! 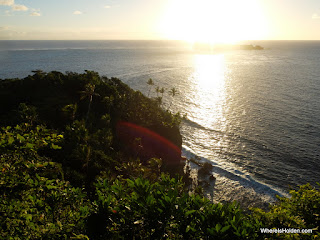 Flowers continue to amaze us! 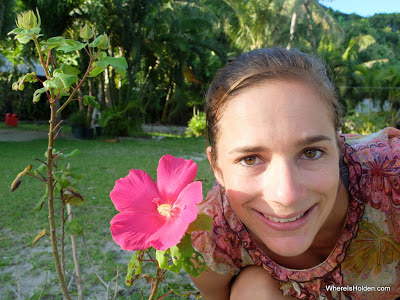 Leaving the island to return to another small tropical island.  :) 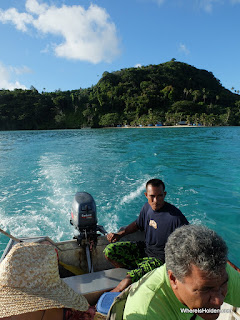