One night last week we stayed in a treehouse!  As far as we know it's the only treehouse in Samoa, though there's potential for more with all the awesomely huge banyan trees.  Built by a carpenter from Oregon, and his wife, the treehouse is best described as a typical two story American home, inserted 20 feet up in a banyan tree.  It was superbly made, respected the tree's root system, dry inside, and very comfy!
Their website for info and bookings:  http://www.lupesinatreesort.com/ 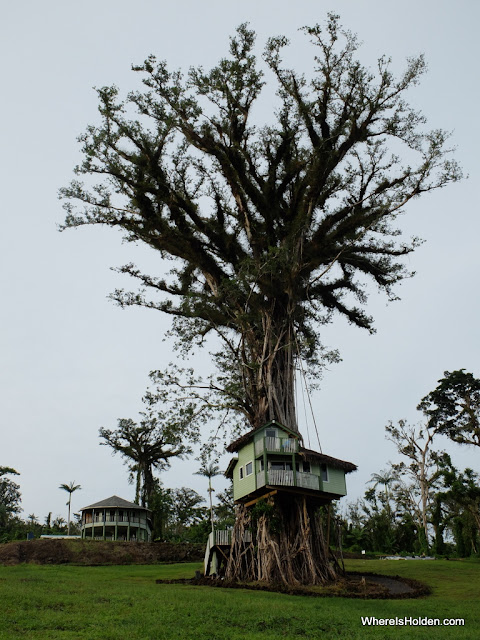 There are a few landings as the stairs wind from ground level up to the front door.  Note MS beckoning on the first landing in these photos: 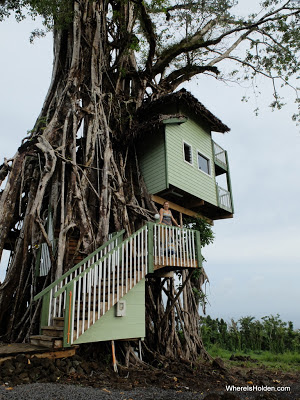 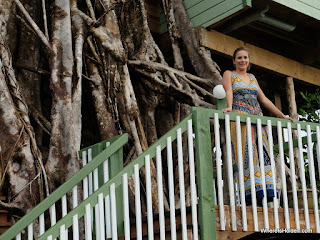 And then the view down from the front door: 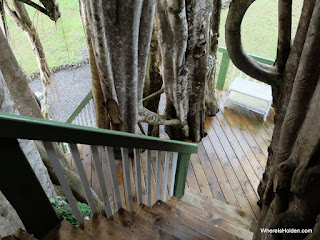 There are a few extra supports to hold the house up, but that doesn't detract at all from its greatness: 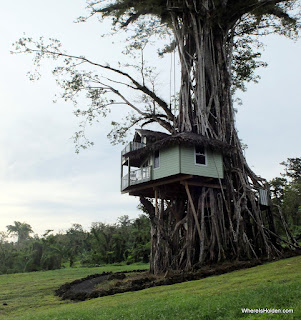 The house sleeps four, with two bedrooms, one on the 'second' story.  In the living room, there's a root with a horizontal section that is a perfectly comfortable seat! 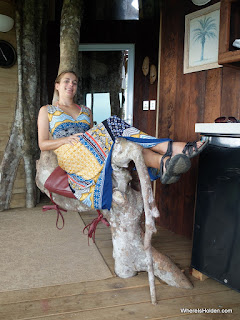 The bathroom is functional with plumbing, and has an open-air (open-root?) shower, and a tiled catchment below. 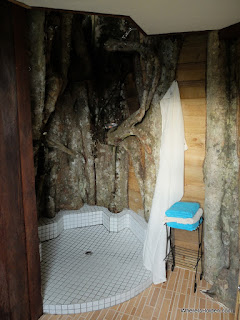 The owner is building two more tree houses, though they won't be as large as the first (they don't need to be). 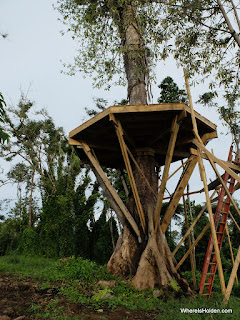