Wanted to share a few notes on the Pebble Smartwatch, which came out of the largest Kickstarter crowdfunding to date (as far as I know), and which I wrote about in December.  The team raised $10M in 38 days, and delivered my watch roughly 9 months after the close of the campaign, 5 months later than promised.  Despite the late delivery (FCC approval!), I'm still very happy.  As I've noted to others, part of supporting a kickstarter campaign is to support entrepreneurs, as I think they make our communities stronger.  On top of that, I got an awesome watch!
(Here's an interesting article/debate about how investing relates to Kickstarter.) 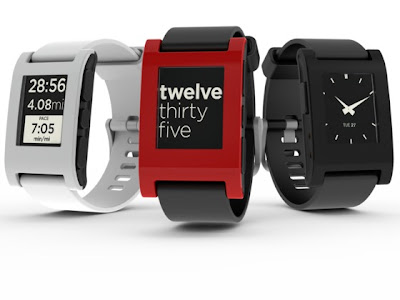 I'm very happy with the watch.  I felt that they did an excellent job, and even over-delivered in a few ways:

Now the suggestions / requests:
Final thought: When people ask what it's good for, and I tell them about incoming call / text / email screening, silent alarm clock, music control on the phone, various displays, I almost forget to tell them the most important thing:
It's an awesome watch for telling time!  It's the first real watch I've bought, and I love it! 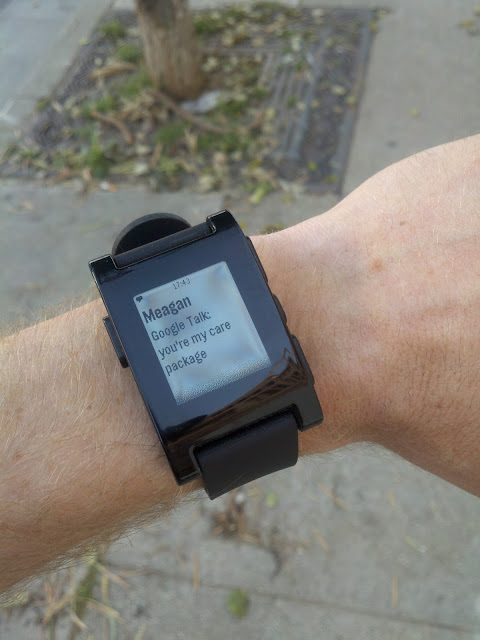