After my week in Spain, I flew to Belgium to hang out with some friends - two from Florida, and one who had lived in California, but was born in Belgium. Having a tour guide is the best, thanks JB(K)C! We all arrived and beat jetlag in Antwerp.

Tintin’s rocket in the Comic museum in Brussels 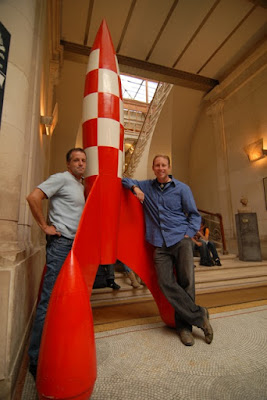 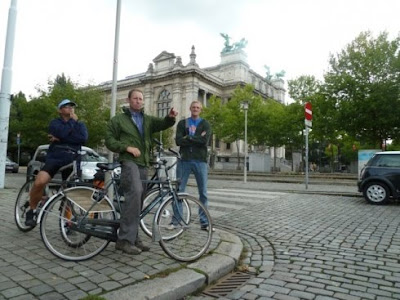 "Blue Steel” on the Grote Markt 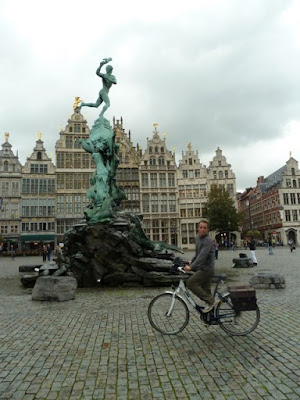 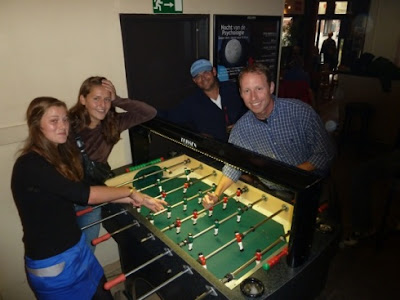 After exploring Antwerp a bit, we set off on bikes to ride the country -- we used the awesome bikepaths that are in (and between) every town, often along quaint rivers or canals. It was bliss. Here are a few photos: 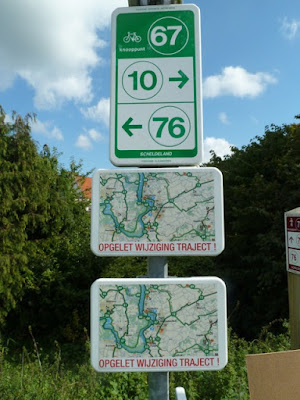 Who paid the ferryman? 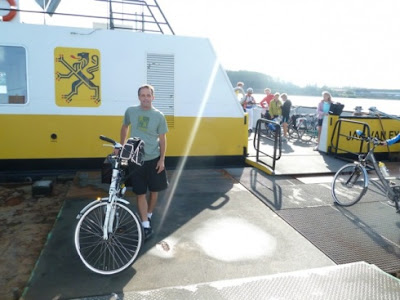 Bikepath to Temse along Scheldt River 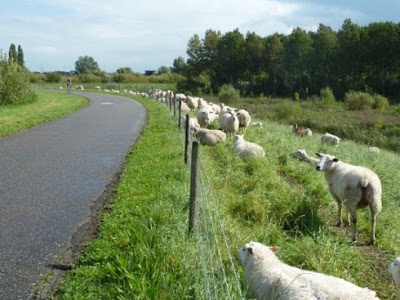 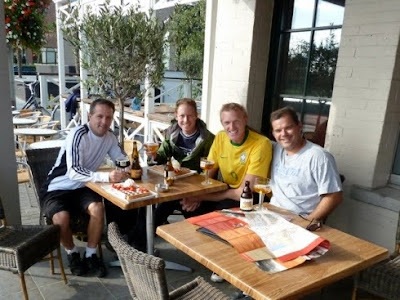 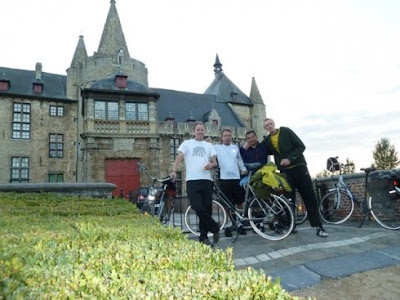 We took a long ride (90km) to Gent, along the Scheldt River, and enjoyed an awesome city concert that night (Odegand 2010). Here's a 7 minute video that captures the mood (My favorite part was at 1:08, I wish I could find more footage - it was modern electronic audio synced with projected images of clocks):

My cousin organized a fireworks display for our arrival in Ghent 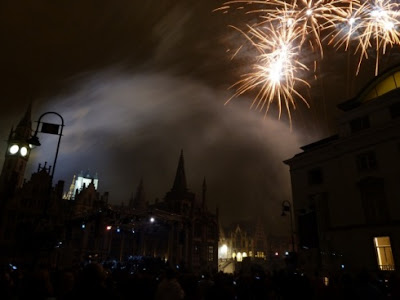 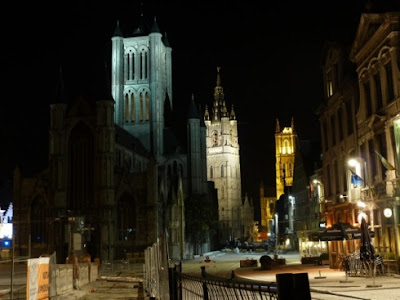 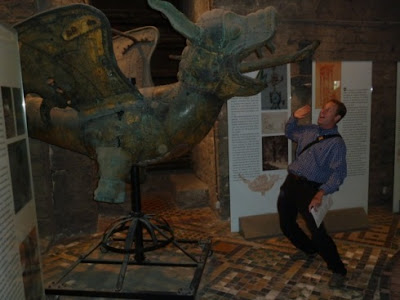 Gent looking toward St. Baafs Cathedral from the Belfry 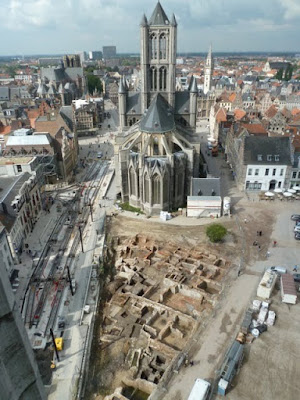 Gravensteen (Castle of Counts) by night 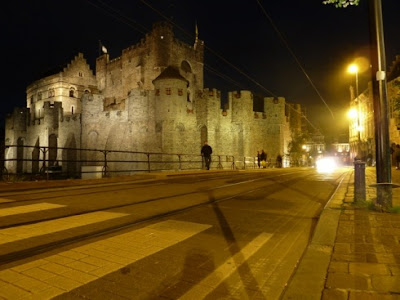 From Gent we rode along canals to Brugge, where we played tourist for a day. Just a small, quaint, tourist town. Sadly, didn't make time for any exhibits on lace-making or anything.

Then we continued by train to Ypres, a WWI memorial town. 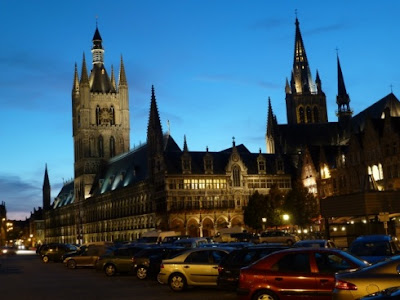 The remainder of this post brought to you courtesy of the 21st Century Hobo, a local I visited in Belgium. Read his full blog here!

September can be one of the best months of the year to visit Belgium — the weather for some curious reason tends to be better than in August, the Belgians are back to work and still in a good mood from the summer vacation, and everything is nice and green. The perfect time for a little bicycling tour of my country of birth.

Enter three amigos from the USA, and we have a party. I had been wanting to share some of the treasures of this small country with my friends for a while. Americans often don’t see more than Brussels passing through or perhaps Bruges if they really extend their stay, but Belgium is much more than those two cities. We started off by doing a four-day bike trip from Antwerp to Ypres, covering around 200 kilometers in the process using the special bike touring routes that cover the entire country. We particularly enjoyed Ghent where we stayed with my cousin, and happened upon a city-wide music festival.

a common theme — need lots of fuel for biking 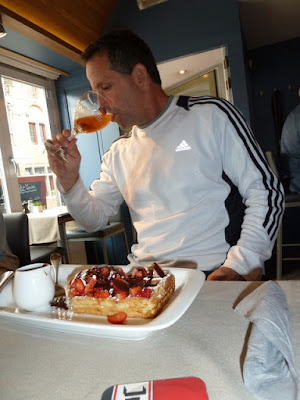 In the second phase of the beer and waffle offensive we visited the Ardennes and followed some of the footsteps made by American soldiers 55 years ago in the area around Bastogne where they bravely defeated the German counteroffensive (Battle of the Bulge) at the end of the war.

Holden’s wishing he hadden’t chosen the Rochefort 12. Backgammon gets confusing quickly after a trappist or two… 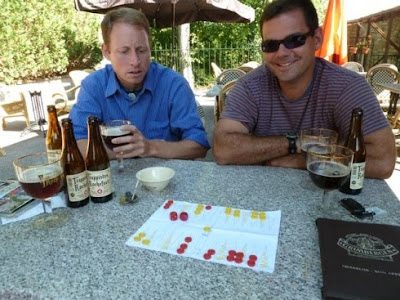 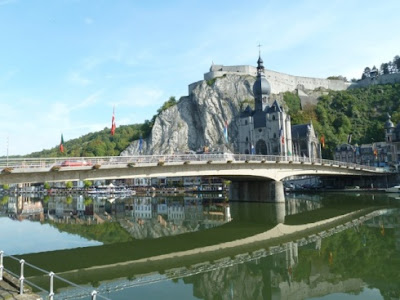 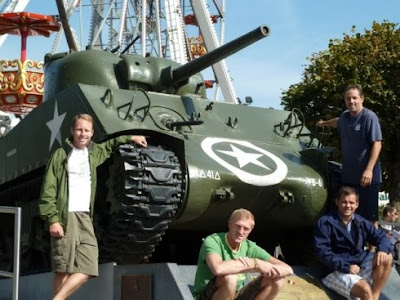 trying to clean up the messy Luxembourg forests 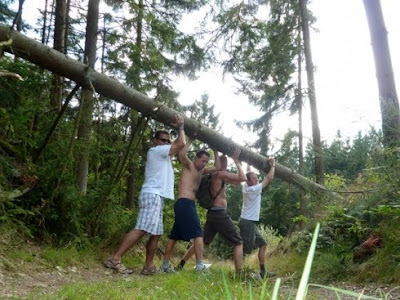 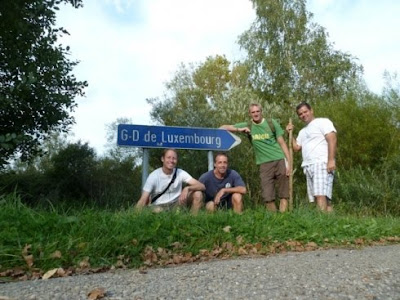 Belgium is full of war memorials, as in both WWI and WWII fierce battles were fought here. In Ypres, we visited Flanders’ fields and the Menin gate, where every night at 2000h the last post is blown to commemorate the many fallen soldiers. The sound of the bugle combined with the names inscribed on the walls of nearly 55,000 commonwealth soldiers who died without a grave makes for sad introspections.

“In Flanders fields the poppies blow
Between the crosses, row on row,
That mark our place; and in the sky
The larks, still bravely singing, fly
Scarce heard amid the guns below.

We are the Dead. Short days ago
We lived, felt dawn, saw sunset glow,
Loved and were loved, and now we lie,
In Flanders fields.

Take up our quarrel with the foe:
To you from failing hands we throw
The torch; be yours to hold it high.
If ye break faith with us who die
We shall not sleep, though poppies grow
In Flanders fields.”

All in all, the trip consisted of fun biking, beer tasting, backgammon matches, and great camaraderie — I couldn’t have asked for better travel mates.

a free ride for the older contingent in our group 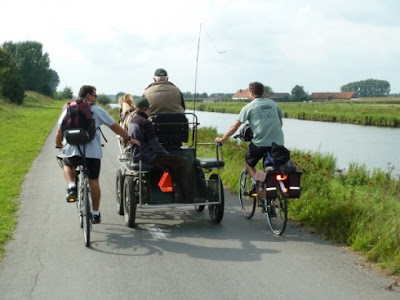 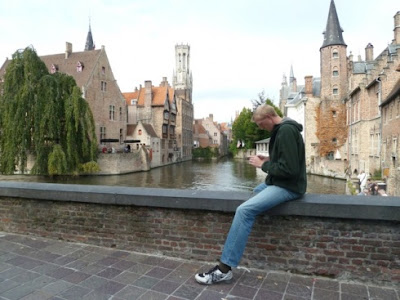