At the beginning of September, I visited a small town called Los Alcázares, on the Mar Menor, in south west Spain. 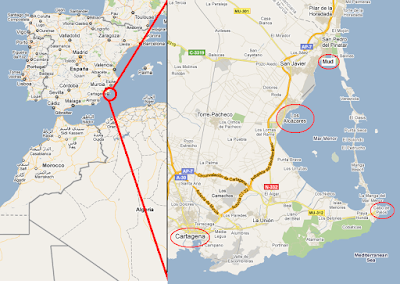 Some friends and I had rented an apartment -- which was incredibly cheap, as it wasn't the high season of August (even in the first week of September, there were hardly any tourists around, and thus, rates were very low). We ended up speaking almost no English and entirely in Spanish, which was great. The tourists that were around were mostly retired Spaniards.


There are many old windmills still around which are pretty picturesque. 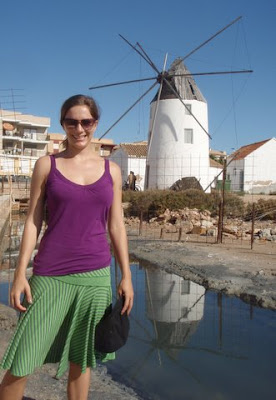 We also visited the healing mud baths up in Lo Pagan, on the north end of Mar Menor. Most of the other visitors were older and using the mud's healing powers on their joints, but we figured we could use a whole body medicinal boost. :-) 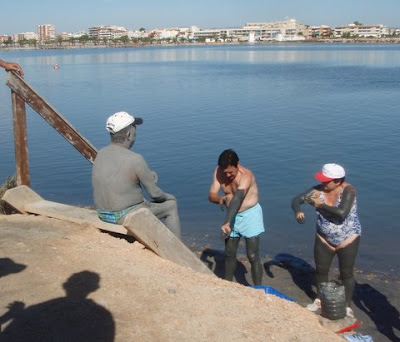 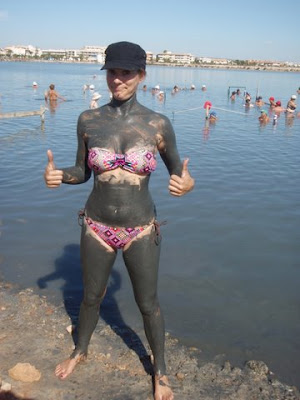 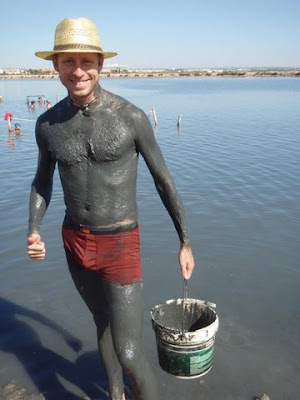 At the extreme south west of the Mar Menor, there is the Cabo de Palo, a peninsula with a light house on the Mediteranean, which has great snorkeling. It was a truly beautiful area and we made the most of our visit. 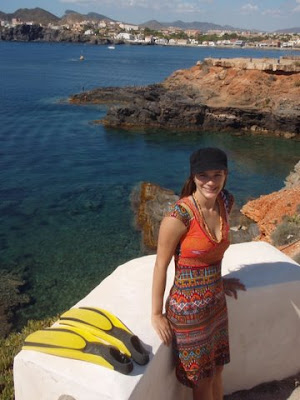 Finally, just up the beach from our apartment was a Kiteboarding area which was fantastic to relax at and watch, when there was wind! 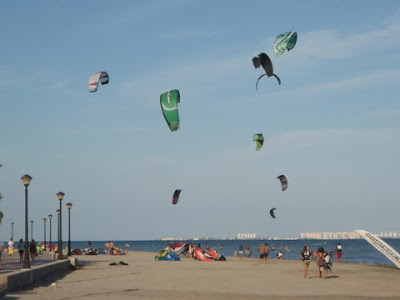 The kiteboard school / shop also had an awesome lounge area to stay out of the sun, have a drink, and enjoy tunes. It was really inviting and relaxing, here's a quick video I shot when nobody was around: