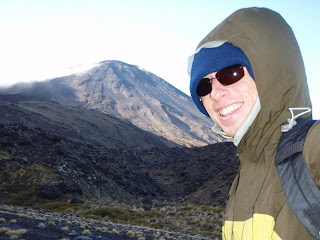 Last week I hiked a one-day (18 km?) portion of the 5 day "Northern Tongariro Circuit" called the Tongariro Crossing. It's basically a saddle hike that goes between two of the three main active volcanoes on the north island of New Zealand (Mt. Ngauruhoe and Mt. Tongariro). The picture above is of Mt. Ngauruhoe... otherwise known as Mt. Doom from Lord of the Rings. 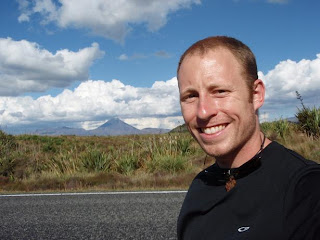 Unfortunately, the weather was pretty dodgy as we hiked towards the top and half of the people hiking it that day decided to turn back. Of course, being fully prepared, I had nothing to lose and went for it. It was a good hike, there were beautiful blue-green pools at the top, but unfortunately it was super windy and cold (about 50 mph and a measured 36 degrees), so I didn't hang out long. 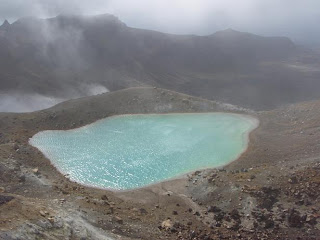 Additionally, we were in the clouds, so I'm not gonna post any pictures of that. You've all seen gray before, right? (Changed my mind, here's a picture. It's pretty gnarly up there. This was just off the path, and beyond those fingers of rock was a 200 ft. cliff.) 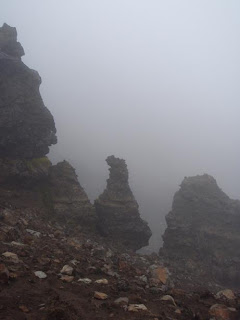 I hate to tell you all, but portions of the descent are now paved... literally. 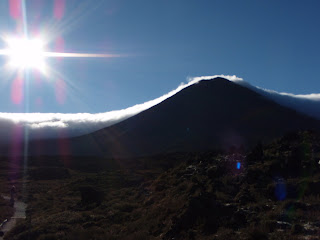