Recently, I thought about this blog and realized that it's 4th birthday was coming up -- a day that passed without notoriety on Dec 24th, 2011.  Since starting to record thoughts and experiences here, I've traveled a bit, notably New Zealand and India, I've worked again at AeroVironment, where we made some successful electrical products, including the charger for the Nissan Leaf, and posted a few side projects.  All that to say that I feel like this blog is still a "NEW" project of mine, when in reality, it's years old. 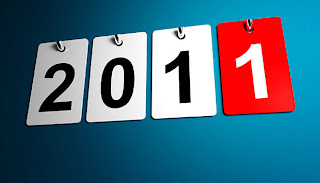 As 2011 draws to a close, I get the same feeling that I do every year when reviewing National Geographic's Photot Contest or "Year in Review" lists - WHERE did the year go?  Year after year, time seems to fly by faster and faster, and until now, this miffed me.  Each day, hour, minute, and second is a prescribed length of "time" and should, therefore, always seem to take just as long as the past.  In reality, however, time is relative to each of us, and so the way we perceive time is not fixed.  What follows is recent realization on why this is.  Please note that I have extremely little background in biology, and would love some feedback on where to look for articles about what's actually going on; these are just my guesses. 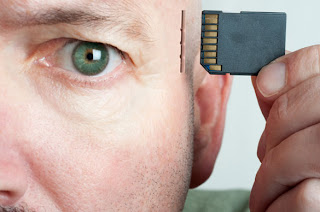 Living in a physical world, with our physical bodies and physical brains, there is a finite amount of "memory space" each of us has, more or less.  (One could argue that as our brain grows, the surface area increases as folds are created, thus giving us "more brain", though I think this is relatively small amount when compared with our growing encyclopedia of experiences and reference knowledge.)**   So, if we have a finite rolodex of space on which to store memories, in our second year of life, that 12 month period gets to write its memory down on roughly half of the rolodex space.  In the fifth year, that same 12 month period has to get pared down to fit in roughly 20% of the rolodex.  And by age 100, the very same 12 month period has to somehow get squeezed in 1% of our rolodex. 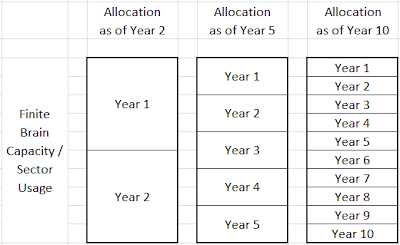 Graphic showing how the same info has to get squeezed into a smaller portion of your brain each year.

Conversely, the "filing system" that runs our brain (maybe in another sector of the brain?) realizes that it's got to keep a bit of "buffer" free to file new experiences into.  So in the first year, perhaps it decides to leave 50% of the brain free.  Then, over the course of the next year, as it fills up the free space, it realizes that it should not fully utilize the entirety of the space, and thus sets aside, perhaps, 50% of the remaining space, each year, until at age 100, there's only a small space left on the experience book-shelf into which memories can be written.

Taking a page from compounding interest, and other financial models, on how the dollars in your bank account are worth more than any future dollars you will ever earn, this very second, reading this blog, is the longest second of your remaining life.  Every single day, minute, and second will be successively shorter than the last.  (Kinda makes you wonder why you're still reading this, doesn't it?  Shouldn't you go do something nice for someone?  Or perhaps for yourself, you little hedonist!)  Granted, your previous second (reading the last paragraph was longer, and thus you could have accomplished more that second than this, but it's in the past, so stop worrying about it; it's out of your control now. 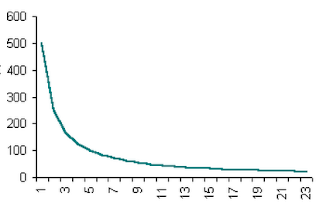 Qualitative representation of the value of each successive second in your life.

**Some people even go so far as to think that our human body longevity may be determined by our brain capacity; that our brain only has enough space for roughly 100 years of decisions, number of connections, and event/emotion memories.  However sad it is, I prefer to think that when it nears "fullness," our brain would simply re-write over sectors that had less important memories already on it.  Bye-bye, non-eventful 7th grade gym class experiences!


[UPDATE]
Thanks to big poppa of the Anderson clan for forwarding me the timely comic in the Sunday newspaper a few weeks ago.  Thanks!  And keep cherishing those moments!  Upcoming post about why age 30 has me feeling like a pre-teen!