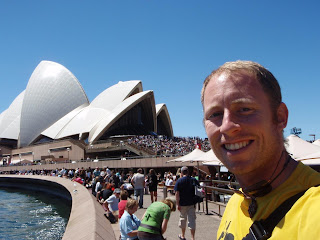 When my 6 weeks in New Zealand came to a close, I had the chance to layover in Sydney for 6 days, and spent it in the city and surrounding areas. Unfortunately I happened to be there for the week culminating a month of celebrations for the gay / lesbian community, which wouldn't have been so bad except that I couldn't find a place to stay for a reasonable price!
The good news was that they had an awesome parade, which I really didn't take any good pictures of. Here's one of mine; you can search the internet for others (Sydney Mardi Gras): 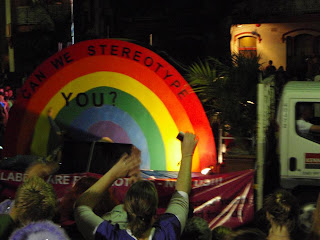 On a friend's recommendation I ended up taking the beautiful walk over the north side of the harbor from the Spit to Manly. I was blown away by the number of sail boats and windsurfers. 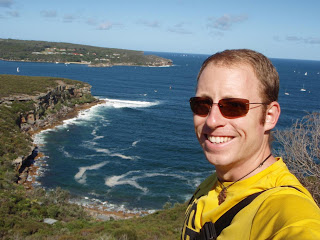 This next picture is from the Blue Mountains, the Three Sisters rock formation (there used to be 7 sisters, but four got warn off with the elements over time. The Blue Mountains were awesome. They're blue because of the gasses given off by all the eucalyptus trees. 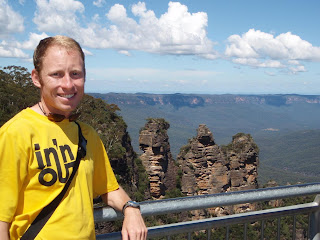 Besides that I spent a day down in Wollongong and the Royal National Park, as well as 2 days up by Collaroy beach (north of Manly). If you want to see a video that I took of wild kangaroos fighting, email me. More to come, as I'm currently in Nome, Alaska for the Iditarod, 2008!
Posted by hbonwit at 5:44 PM