Quick post on a bicycle that lives in the Te Papa Museum in Wellington, New Zealand.  This bike is awesome, mainly due to its functional styling in the traditional ladies riding style (British, which is not too far off from Dutch). 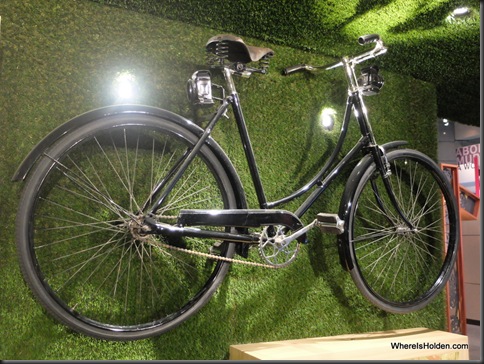 Specifically, though, it is awesome due to its front and rear lights, which are not electric, but rather fossil fuel powered - I hadn't seen this for bicycles before.  I believe they're kerosene lamps! 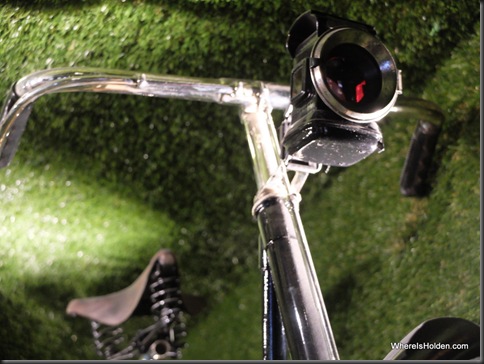 (Yeah, I'm an environmentally conscious person, but I like these because they're bicycle related - very much more environmentally friendly than fossil-fuel car or even horse power, I believe.) 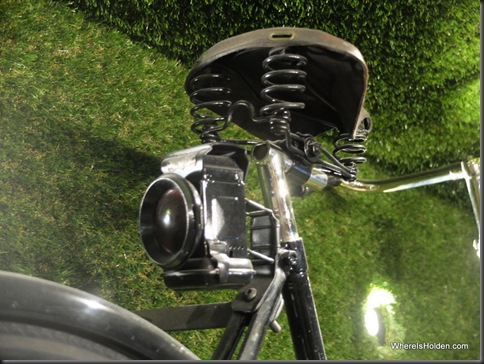