We drove north from Auckland, through Russell and the Bay of Islands (where we did a couple of scuba dives!), to eventually arrive at Cape Reinga, the northernmost point in New Zealand.
We stopped at the steep sand dunes of Te Paki to try out some sandboarding, and despite the cold weather and strong wind, we weren't disappointed! (A few years ago some friends and I tried to sandboard down the dunes outside San Luis Obispo, but had tried with a modified snowboard.  We were unsuccessful; we couldn’t get any speed.  I think the dunes there are a bit less steep than these in NZ, and also I think our pressure on the sand was higher due to a smaller surface area, but I’m not positive.) 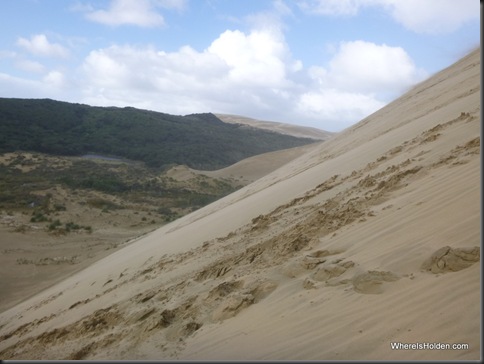 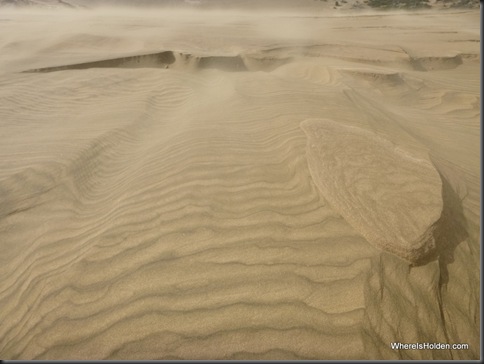 About to ride down the dune! 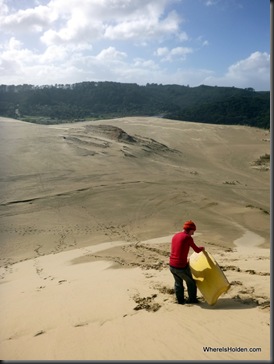 Here's a video of MS doing a half-run - definitely one of our shorter runs of the day, as we tested the sand a bit:

Finally at the cape, we found a beautiful clashing of the Tasman Sea and the Pacific ocean.  Huge storm was brewing, with lots of whitecaps on the sea, and strong winds. 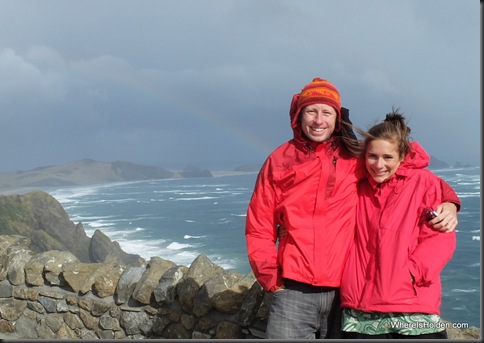 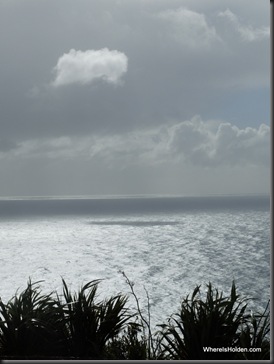 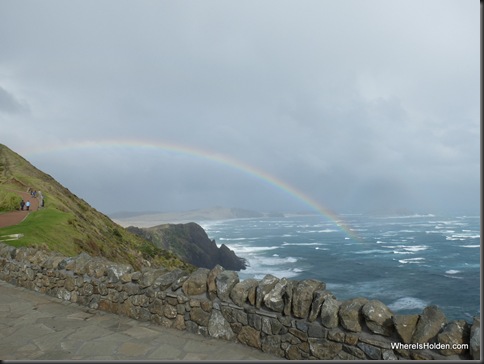 The wind and rainbow were in sync: 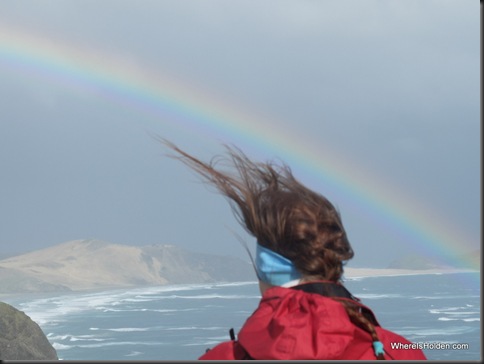 The sea was angry that day: 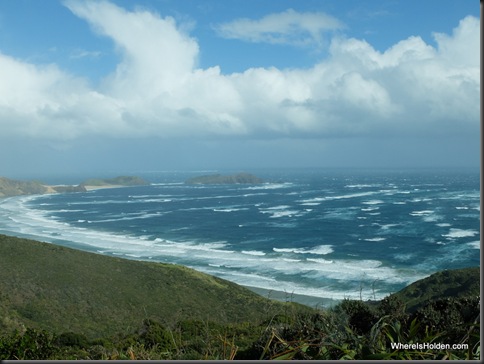 The actual northernmost point (north is to the left in this photo): 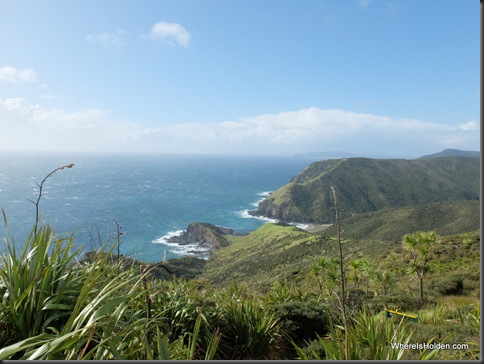