Well, as they say (more in walking than in riding things, I guess), two steps forward, and one step back.

Day 6 of self-lessons on the unicycle was incredible! I accidentally rode away from the wall that I usually hold on to, and just kinda went with it, and ended up riding about 20 feet! I honestly didn't control direction at all, just marveled that I was successfully riding.

Feeling strong, I decided to go from my apartment's dumpster to the next apartment's dumpster -- about 30 feet. AND. I. SUCCEEDED. FOUR. TIMES. ... And it was really fun! (Okay, I only barely made it each time, and wasn't *fully* controlling direction, but really only had a width of 15 feet to work with, so I'll count that as a win.

Then there's the one step back: Day 7 was a complete bust, I wasn't even able to ride 10 feet next to the wall without touching it. I was, however, dumbly experimenting with flip flops, something I probably won't do again for a while. (And I raised the seat which reeeeeally helped. I'm now at my max seat height, allowing me to give advice to others: if you're taller than 5'10", don't get a 20" CyclePro Unicycle -- it probably will be too small.)

And this is just a random google image that I thought folks would like! 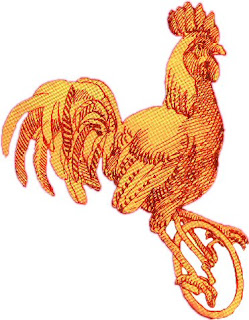