I'm a bit late to the game, but slipping in under the buzzer -- my post on Blog Action Day is posted on October 15th. The idea of this special "day" is to raise awareness on one issue each year -- last year was the environment. The result is a concerted dialogue all over the web with different viewpoints and suggestions.

I'm contributing by listing two ways that I believe can help curtail the effects of poverty. Though I believe helping people necessarily means giving (our time, money, belongings, or emotions), I see two distinct options:
Conditional and Unconditional giving.

Conditional Giving
This a term that I'm using to describe a gift that can be repaid. Some people in this world know how to help themselves, but lack the means to carry out their ambitions and plans. Microlending is a form of microfinance that helps these 'pre-bankable' people (meaning they lack collateral, steady employment, and credit history) by extending loans. In a ranking and report on the subject, Forbes magazine wrote: "Billionaires, global leaders and Nobel Prize recipients are hailing these direct loans to uncollateralised would-be entrepreneurs as a way to lift them out of poverty while creating self-sustaining businesses."

My microlender of choice is Kiva.org - Loans that Change Lives: Kiva's mission is to connect people through lending for the sake of alleviating poverty. Kiva is the world's first person-to-person micro-lending website, empowering individuals to lend directly to unique entrepreneurs in the developing world.

Unconditional Giving
There are people who simply don't currently have the means to lift themselves out of poverty - because of a lack of education, health, nutrition, the list goes on. For these people, the best we can do is give unconditionally. 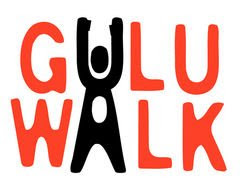 The organization I'd like to highlight is GuluWalk. To paraphrase Wikipedia: GuluWalk is an initiative which highlights the plight of Acholi children in northern Uganda who used to trek up to 20 kilometers each night to town centers for fear of being maimed, raped, abducted or even killed by the Lord's Resistance Army (LRA), a rebel paramilitary group that has been operating in northern Uganda since 1987. An estimated 20,000 children have been abducted by the LRA for use as soldiers and sex slaves.

Due to the long history with this crisis, it's easy to forget the gravity of the situation. Peace talks have broken down, and the LRA is active as ever: two weeks ago they kidnapped two classrooms of 5th and 6th graders.

Here's a 5 minute segment on Kiva by PBS: