My time in Meerut, India has come to a close, and so I thought I'd post some pictures from the classroom over the last month. Hopefully I'll have time for a non-academic "Leaving Meerut" post as well. 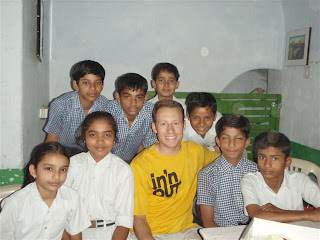 First off, I've finished my time as science teacher for 6th, 7th, and 8th class here at Chiragh Grammar School. I've written a roughly one-month syllabus for each class, to teach Electricity and Magnetism, using loads of hands-on experiments, at varying levels of complexity. Of course the experiments require only very simple, inexpensive, easily obtainable materials! I'm currently not sure where the syllabus/report will be posted, but It will probably be in conjunction with our friends over at Iridescent Inc. and have some sort of a free-to-use Creative Commons license.

I'm glad that I got the chance to be a teacher, and I really learned more than I had thought I would. I was surprised to hear the exact same questions that I used to pose to teachers before a test, and this time around they seem like such silly questions. "Will there be multiple choice? Will there be true/false?" It doesn't matter! Study the content! :-)

Most positive realization: Students look up (metaphorically) at the content of the course as a series of facts that are hard to understand, and thus must be memorized. Teachers look down (metaphorically) at the content of the course as one, completely related string of interdependent ideas. Thus, the teachers job is to (sure, why not. once again, metaphorically) weld the links of steel into a chain of knowledge that can be relied upon for strength in later courses. It just blew me away when I realized the way I used to see content, and the way I see it now, after teaching it. 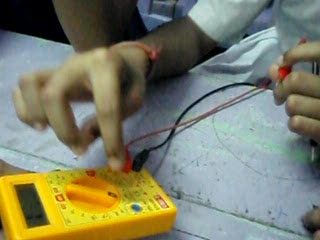 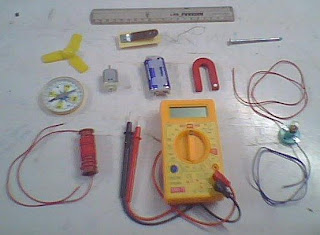 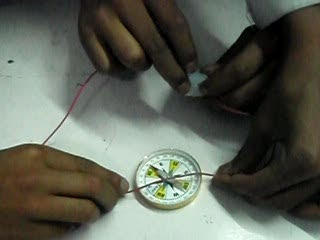 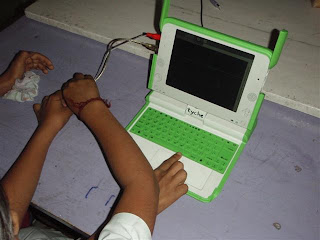 Second, I've finished my time as a science teacher who was using the OLPC laptops in an unofficial deployment! Very related in that the initial hope was to use the OLPCs as the platform for the hands-on experiments. Unfortunately, there were limited opportunities for this. But to turn a negative into a positive, the laptops will stay here for the students to learn computer skills, and are available for all teachers at the school to use in their curriculum. Additionally, I've written another document which outlines what it was like and the hurdles to using these OLPCs in an unofficial deployment. More to come on where that will be posted later as well. (Psst! One of my recent blog postings was covered by someone else! Check me out!) 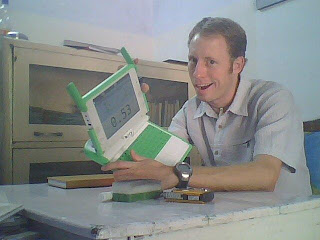 Just a regular day at the office. 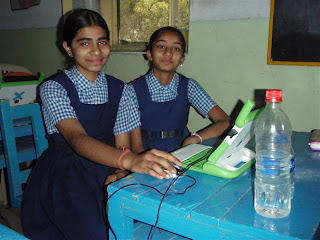 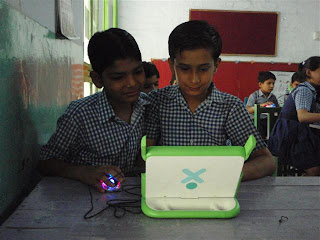 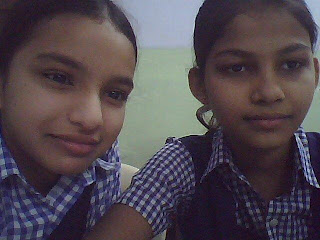 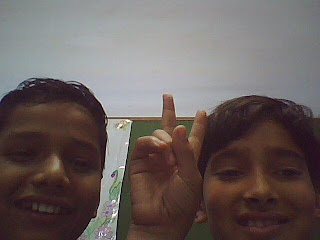 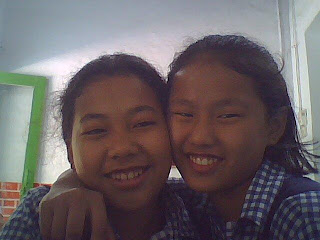 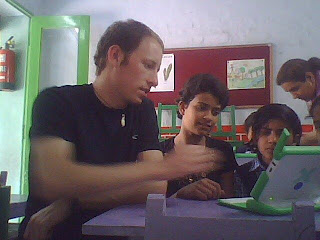 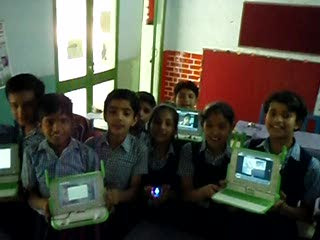 6th Class happily showing the XOs they use. 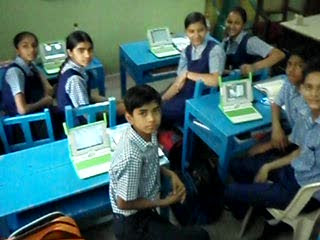 8th Class is a bit more stoic, although equally appreciative!
Posted by hbonwit at 10:38 AM