Sorry for the delay, folks, here is my post about the Iditarod 2008! Sorting through a few gigs of pics and movies wasn't easy, but here I give to you some of the best moments captured digitally. I was visiting a college friend (with a few other college friends) who has lived in Nome for the past few years, and it was really helpful to have a local around! Thanks AD! 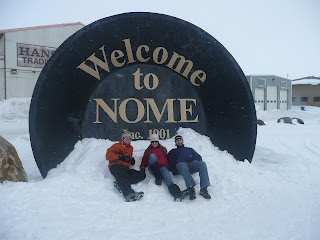 First off, where is Nome? It's a small town (3,500 people) in western Alaska, on the Bering Sea. This time of year the Bering Sea is frozen there, so the only way to get to it is by airplane.

Places Not to Fall Down Episode 7:

(Joe actually fell through to some liquid water trapped between layers of ice, wetting him up to his calves, necessitating one of the fastest "Run to Nearest Bar" times of our trip!) 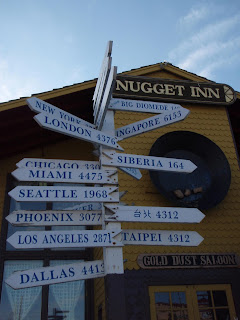 Nome is the finish of the 1049 mile Iditarod Dog Sled Race, where mushers and their teams of sled dogs take between 8 and 18 days to cross from Anchorage to Nome. There's not even a road between these two cities, so dog sled is one of the only ways to get around! (Here's me at the finish line) 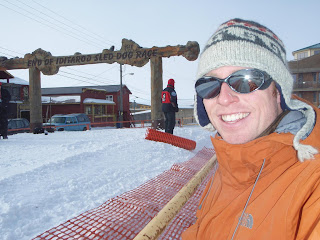 After a few days in Nome, we got to cheer on the first place musher as he and his dogs crossed the finish line. For a great pre-race story, check out "Iditarod racers set their sights on Nome" in the March 2008 edition of Alaska Airlines magazine (sorry, I can't find one online).


These guys and gals are as tough as they get, and Lance is no exception. Having conquered cancer, he has won his second Iditarod in a row, as well as multiple other sled races in Alaska. Check out his wikipedia page. 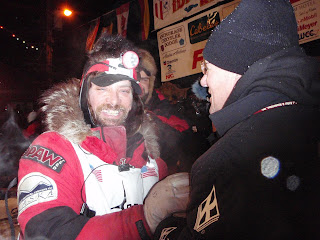 A bit later in the race, we got to welcome Scott Smith to Nome, which was exciting as he was the musher staying with us at AD's place. 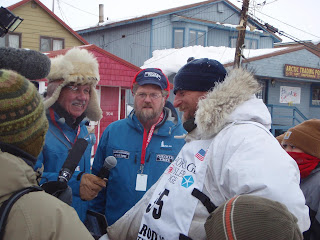 One of Scott's lead dogs, Puma: 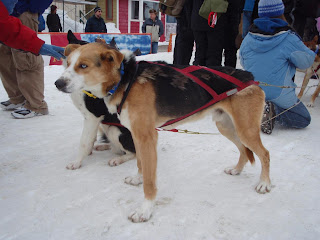 It's pretty sweet to see a team mushing across the frozen Bering Sea, as JR caught on film so well (click image for full resolution): 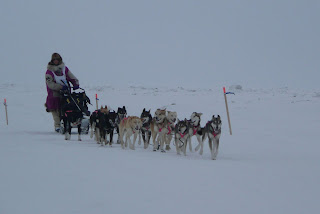 Not quite as cool, but still neat to be walking down the street randomly and get passed by an Iditarod finisher on their way to the burled arch finish line: 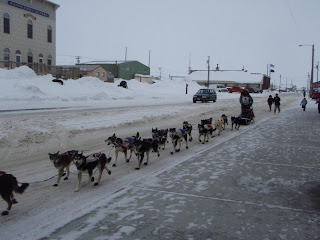 After the race, we got to go with Scott (in between his much deserved naps) to the dog lot, where the dogs rest before flying back home: 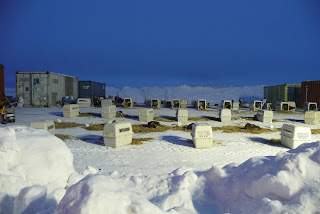 Some dogs wear blankets and sleep in kennels, but others don't. The dogs have slept for a few hours at a time over the past 10 days on just straw in well below freezing weather (in fact many dogs got sick because of the approaching-freezing temperatures outside of Anchorage this year, I heard). They're amazing animals who are just used to the cold! 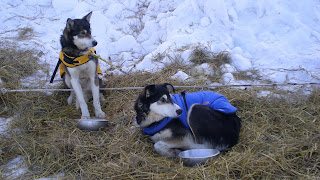 After a day or so, the dogs are put in their kennels and flown home on Alaska Airlines, on one of their sweet 737-400 "Combi" combination planes, which are half full of seats (back half) and the rest of the space is reserved for cargo (frong half). 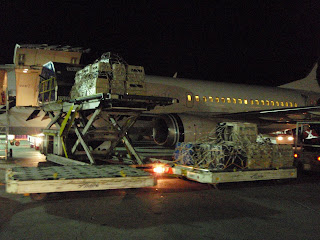 One other cool thing I got the chance to do up there is herd a herd of reindeer, on foot and snowmachine (snowmobile). Here's me on a snowmachine (behind the herd): 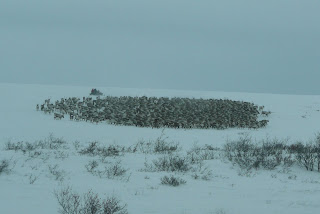 And a closeup of the herd: 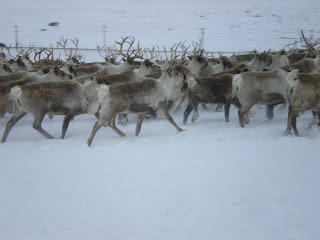 And one random other picture showing this town's 100 year history, from when it was a booming gold town (gold on the beach!) with a population of 20,000 people, to now, when the population is lower, but has better tools for the job. Here's the old truck on the left, and the new one on the right! 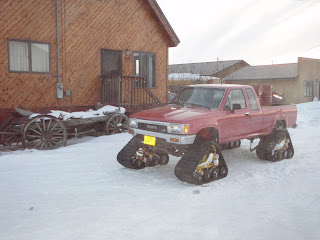 Email ThisBlogThis!Share to TwitterShare to FacebookShare to Pinterest
Labels: Alaska, dog, Iditarod, Nome, Places Not To Fall Down, reindeer