Here’s the second of two sets of photos!

Unfortunately, time has gotten away from me again, and after a blog update every other day, I’m seeing that I haven’t updated in about a month (I had the others queued up and posted automatically).

After Turkey, MS and I flew to Norway.  Unfortunately our close friend was moving out of the country that week, but we met plenty of helpful hosts through AirBNB, and had a wonderful time.

Our basic itinerary was: Take the high alpine train from Oslo towards Bergen, stopping at Myrdal to take a fenicular rail down to the city of Flam, on an inland fjord.  We took a quick boat ride on the fjord before returning to Voss (mmmm, fresh water!) to catch the remainder of the trip to Bergen (this itinerary thus far is called “Norway In A Nutshell” and is part of a package deal).

After a few days in the charming city of Bergen, we flew to Bodø (north of the arctic circle!), caught a quick ferry across to the Lofoten Islands, where we hiked to the village of Å, and stayed in a rorboer (fisherman’s hut, on the water).  We did an excellent scuba dive in Ballstad, and then hopped up to Stamsund where we were able to board the Kong Harald ship – on the Hurtigruten line.  Due to high costs (though using our student discounts!) we cruised up to Tromsø and had a nice few days in this northern university town.

Feel free to ask questions of the photos below, in the comments section, or by email!  Here’s the second of two sets of photos:

Unfortunately, we missed the Viking festival.  :-( 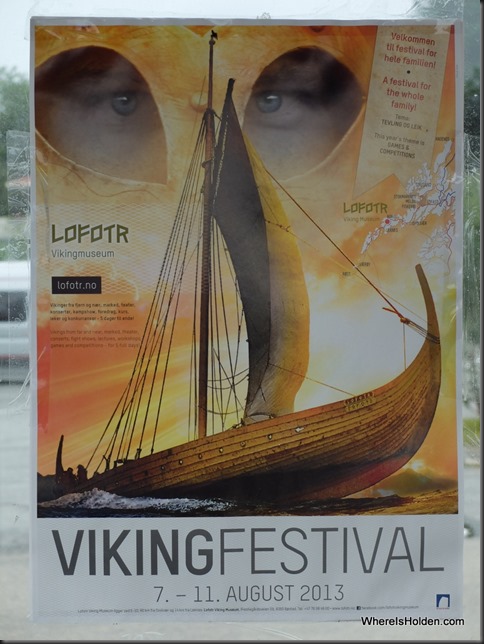 But we did get to snorkel above the arctic circle!  7 mm wetsuit, 5mm shortie, socks, booties, hood, gloves.  About 12 degrees celsius. 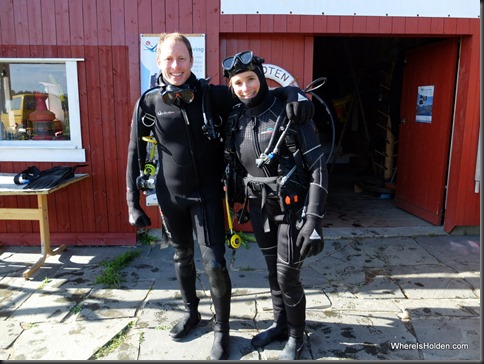 We saw an AMAZING jellyfish.  Picture doesn’t do it justice.  It’s about as tall as MS standing on my shoulders.  Scary! 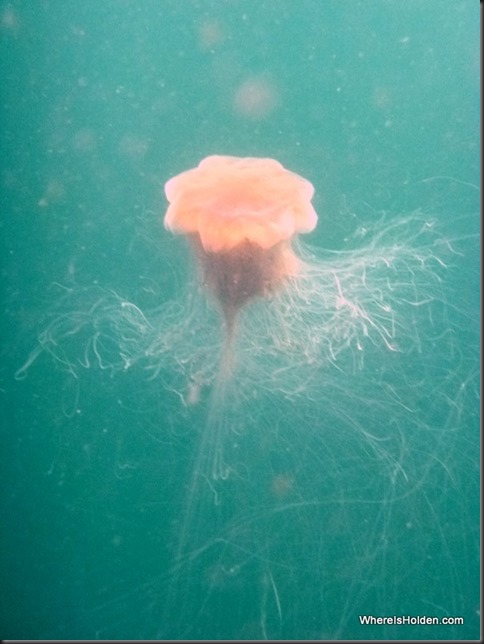 We met locals along the way! 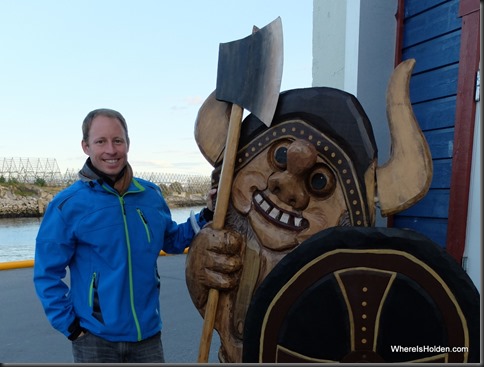 They dine on varied meats: 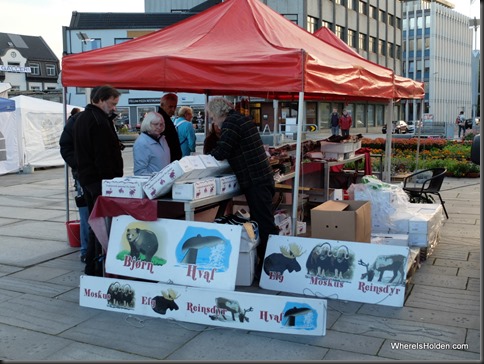 Our Hurtigruten ship – learn more; it’s fascinating: http://wikitravel.org/en/Hurtigruten
(we stayed on for about 22 hours, overnight.  The entire 11 day journey in the summer (when we were there) currently costs roughly $3200 per person, in the lowest season in a cabin with shared bathroom and without window; want a bathroom and window?  Double the price.  Want standard meals?  Add $200 per day per person.  So yeah, we didn’t spend long on the boat, but it was beautiful, amazing, enchanting.) 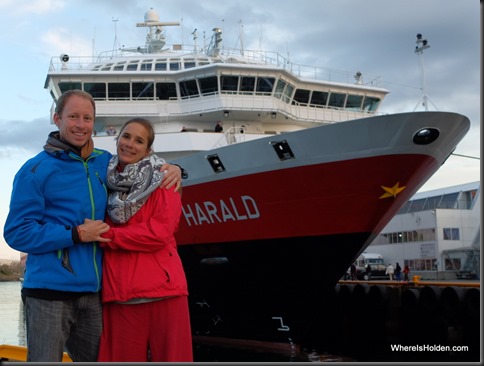 As we got off in Tromso we saw these climbers with their crash pads: 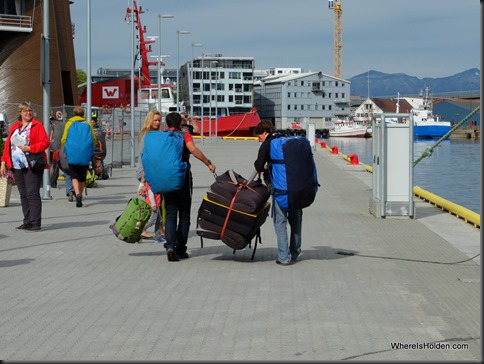 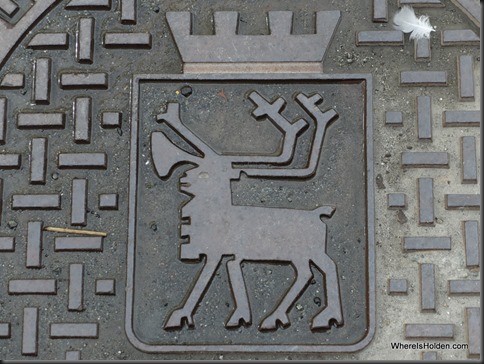 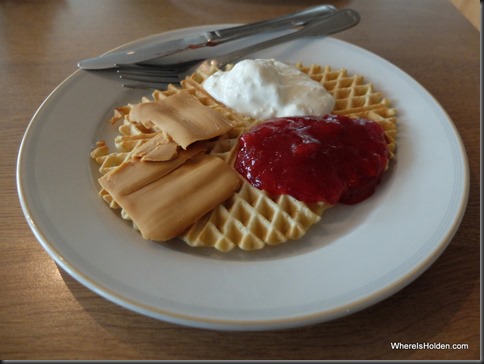 Midnight in Tromso, from the bridge, after listening to a musical performance in the Arctic chapel: 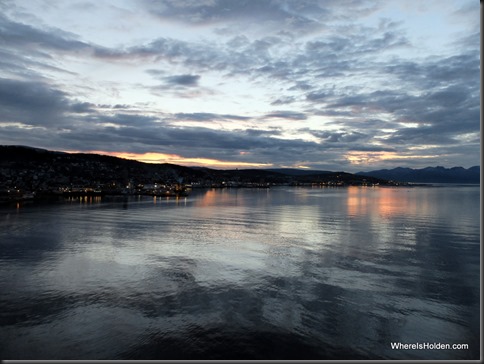 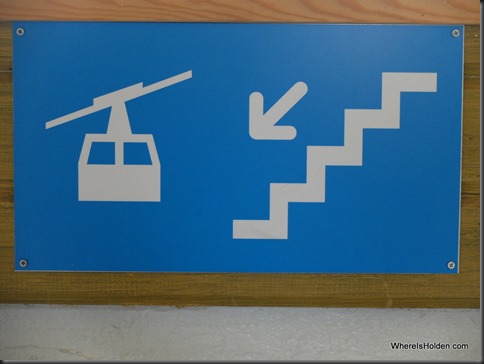 Tromso has an awesome childrens science museum!  Here, you can lift a weight illustrating the weight of carbon emissions on average, for people in their respective countries! 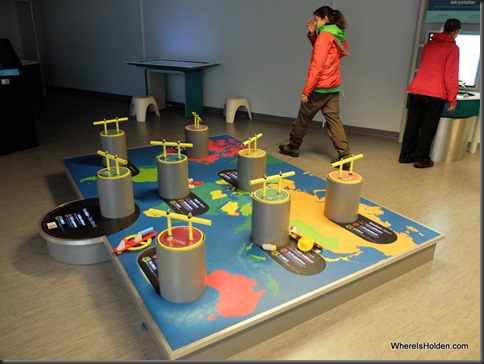 And a Wave Pendulum!  Woo!  Remember my pendulum?  http://www.whereisholden.com/search?q=wave+pendulum 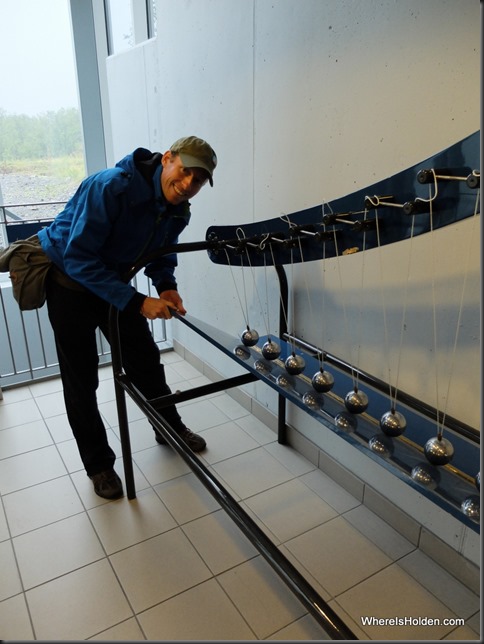 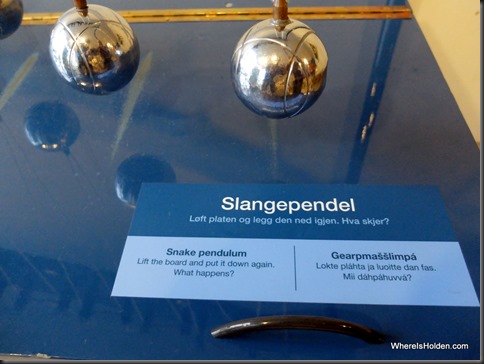 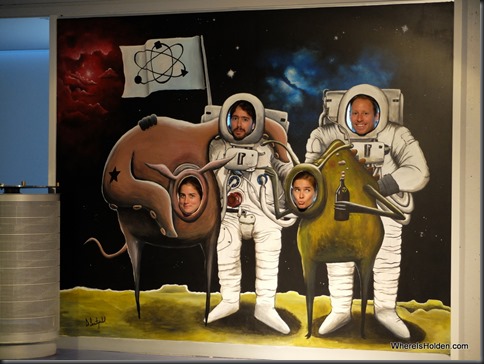 And yay for faces! 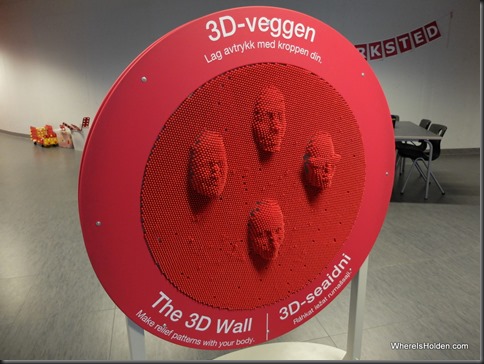 And apparently they have a slug problem in Norway, because there’s tons of snail-killing kits; this one uses beer!

Where we traveled on the Hurtigruten (2/3rds of the way up the country; note that we scuba dived right where we started on the cruise; well above the arctic circle): 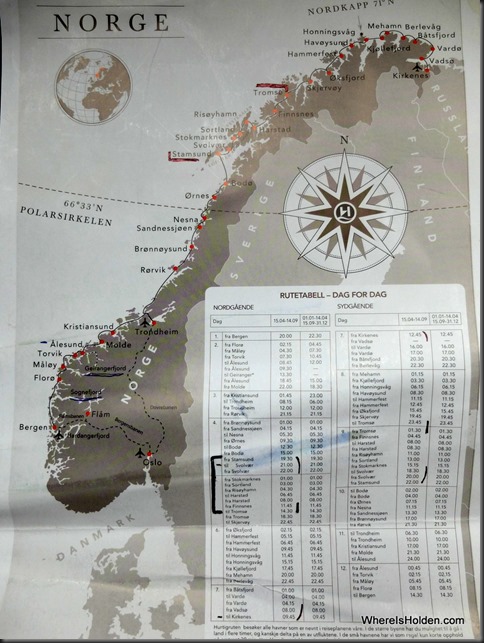 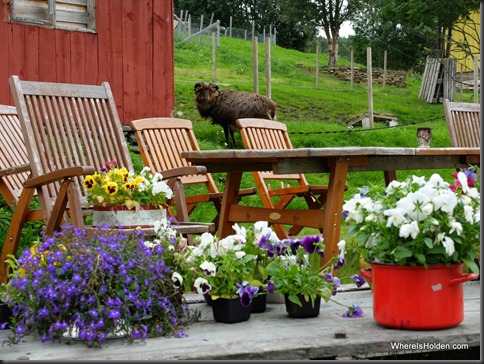 We went for a short day hike on horseback! 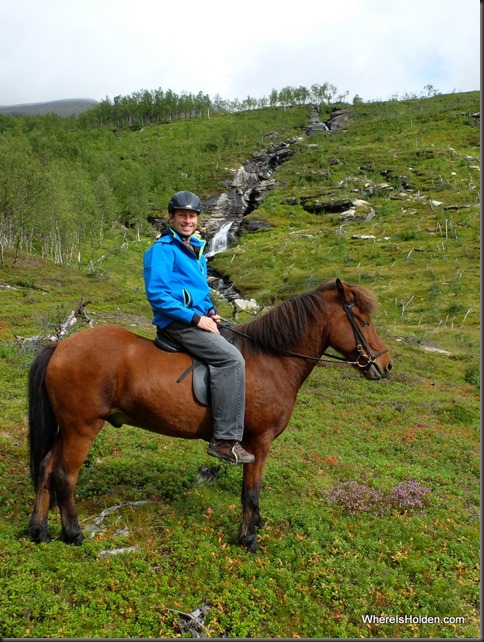 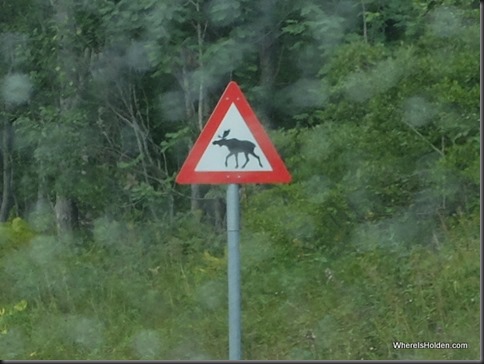 Polar bear, stuffed, in our hotel lobby in Tromso: 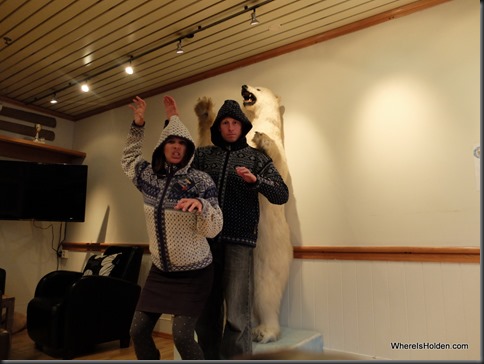 Tesla Model S in Tromso, the week they came out there, with a muddy mountain bike (wheels attached) in the back of it.  That car is amazing. 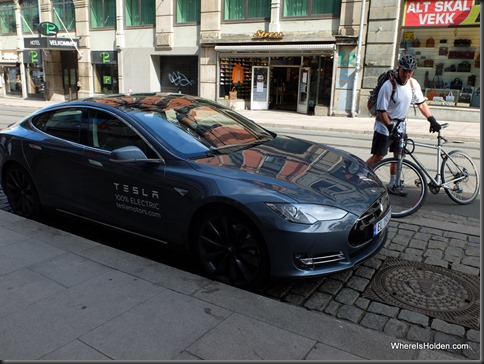 In Oslo.  I still think this is an ad for Fanta soda. 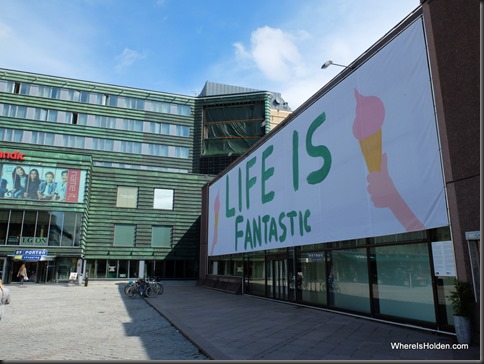